Paul writes often about his personal concerns at the end of his letters. I love reading his conversation with the Romans in chapter 16, his love of the Philippians in chapter 4, and 2 Timothy 4 – the literal last chapter he both wrote and lived of his life.

The Lord will rescue me from every evil deed and bring me safely into his heavenly kingdom. To him be the glory forever and ever. Amen.  2 Timothy 4:18

With Paul as my example, I want to share some of my stuff. Not as glorious as Paul, but important to me. I need your prayers.

I was the senior pastor of a larger church for 49 years. I had a building (actually two), a staff, a budget, and a culture.

Then in one weekend, I became Founding Pastor with no building, no staff, no budget, and no culture of an organization. Yet, I felt God wanted to work through Springfield to impact the world through the Great Commission.

Lots happening, with more to come. I do have an office in downtown Springfield where angels have been showing up to help (what I call the great team of talented volunteers), by faith, money is being raised, and it is exciting to be in meetings exchanging ideas of discipleship.

Always a source of concern and illustrations.

Years back I began to pray that young people would stay in Springfield. I didn’t know the answer to this prayer would involve my own children. Now, both daughters and my six grandchildren live within a block of each other.

I get to be a major “OG” with buying bikes for the grandsons and taking them on future adventures.

Recently released on Kindle and soon to be printed. Watch for details on the Discipling Another website (coming soon!) where all my written materials can be purchased.

When I was praying on the shore of the Sea of Galilee in March of 2020, the Lord said to me, “Be a good steward of the content/teaching material that I have given to you.”

It is exciting to research, write, and Zoom, teaching discipleship as a principal focus.

For years I have studied prophecy. Jesus taught that signs of His return would increase as His day approached. One hundred years ago, you could hardly find any of the “second coming” prophecies fulfilled.

Now just about all of them are fulfilled. 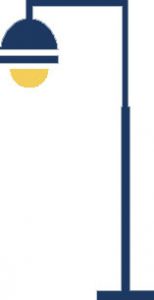 In the last days, there will be a great revival, unmatched – with salvations, the power of the Spirit, and persecution.

I want to teach people to disciple one-on-one as workers in this harvest.

My prayer request for the church, around the world in the 2021 and beyond, is recognizing that the harvest is ready and that workers would be trained and sent. Soon I will write about a discipleship strategy that can change the world…